The Impact of Investing in Financial Systems: Reviewing the Evidence

If you are going to invest—specifically deploying public funds to make private sector investments—in financial systems and services to reduce global poverty, you must have answers to some pretty big questions.

Answering those questions—even understanding why these are still questions in 2019—requires some historical background.

Aid agencies and related investment-focused institutions like CDC were founded on this consensus. The goal of CDC has always been to reduce poverty and accelerate development by boosting investment—private sector investment specifically. As the oldest Development Finance Institution, CDC was among the first institutions channeling capital into developing markets to help establish the ‘market infrastructure’ required for growth.

By the 1980s it was clear that investments and subsidies targeted at the financial system or banks (much less the large industrial firms they were created to serve) were not creating the flywheel effect. Large portions of developing economies were still starved of capital and financial services. There was a pervasive lack of access to financial services in developing countries for households and small enterprises, particularly the poorest households. The microfinance revolution took hold emphasizing the value for everyone of access to credit. The focus of investment and subsidy in financial systems shifted from the macro to the micro.

Despite the change in focus, the basic logic was the same. Investment in financial services for the poor would generate a flywheel effect, reducing poverty as more and more customers gained access to credit and used it productively. If anything, impact would be faster and more visible at the household level. Over time impact would expand and subsidy would become less necessary as institutions became self-sustaining, and larger banks learned the value and profitability of serving lower-income customers and firms. CDC was an active part of this shift, investing in microfinance institutions and in some cases helping “set up” banks.

Despite huge growth in microfinance, hopes of rapid progress in reducing poverty have not been realized. While many, many new customers are included and a number of microfinance institutions have reached impressive scale, the lives’ of customers do not seem to be significantly changing. Larger banks have not moved significantly to serve poorer customers or lend outside of their comfort zones. The vast majority of small firms still lack access to capital and financial services.

That’s the context in which we set out to review the theory and empirical evidence for investing in financial systems as a development strategy. The purpose of this effort was not just to aggregate the results of recent impact evaluations of specific financial sector interventions or investments, but to take several steps back and review the whole picture: theory, history, empirical evidence from macro- and micro- studies. It was an attempt to build an understanding that would help answer policy and strategy questions about whether, why, where and how to invest in financial systems if the goal was to make a lasting difference in people’s lives.

Today we’re happy to announce the publication of a Rapid Insight review of this work. The goal of CDC’s Rapid Insights is to guide busy impact investors through the relevant evidence, positive and negative, and provide actionable insight among a cacophony of voices. [i]

This review is supporting CDC in how it should and could approach investing for impact in its markets. We hope it is similarly useful to other organizations that are focused on reducing poverty via investment in financial systems and services, and a useful complement to other recent efforts to document the evidence on various financial systems and services interventions.

[i] Later this summer, CDC will publish a more comprehensive “long read” based on the complete research review we undertook.

Insight is our series of practical lessons on private sector investment and development, based on our experiences. Sign up to our monthly newsletter. 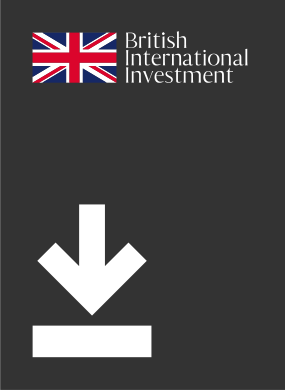 What is the impact of investing in financial systems?