What are the opportunities for investors in Ethiopia?

Only a handful of countries worldwide can claim to have achieved a decade-long economic growth rate of 10 per cent. Such a figure would almost always be associated with countries in Asia. Yet Ethiopia, the second most populous nation in the African continent, can rightly claim this impressive achievement.

Ethiopia’s economic miracle has been achieved through a state-driven infrastructure development programme that has led to impressive industrial parks and transport networks across the country. This infrastructure is not only comparable to much wealthier economies, but also prepares Ethiopia for the next stage of growth: the journey towards middle income status.

This economic transformation has, however, come at a price. Heavy borrowing and severe shortages of foreign exchange are longstanding issues within the economy. The level of debt is such that the Government of Ethiopia recently announced plans to step aside as the main driver of growth to encourage private sector development and increase foreign investment into the country.

The importance of this step towards liberalising market economics cannot be underestimated. For decades, Ethiopia followed a state-driven economic model that left little room for private sector growth. Since the inauguration of its prominent Prime Minister Abiy Ahmed in 2018, Ethiopia’s drive towards more flexible economic structures has accelerated. Just a few weeks after his inauguration, Prime Minister Abiy announced the privatisation (or in some instances, liberalisation) of key sectors formerly controlled by the state. Starting with the telecoms sector, the energy, railway, logistics and sugar sectors will all be opened to domestic and foreign investment.

A frank discussion with any private sector operator, however, would quickly reveal that the operating business environment remains challenging. The main obstacle undermining private sector growth is lack of access to foreign currency. The Ethiopian Government’s high levels of foreign debt have resulted in strict foreign exchange (forex) controls, that in turn prevent the private sector from accessing foreign currency. This leads to long waiting lists which often take months.

And it’s the import substitution businesses, like dairy producer Family Milk – key to the economy because they help decrease Ethiopia’s dependency on imports – that are often the most affected by the forex crisis. This is because they depend on the banking system to provide forex to import any materials not manufactured locally, for example packaging, colouring, or buttons. It is not uncommon for Ethiopian manufacturing plants to rest idle for months whilst businesses wait to obtain forex to purchase essential goods to complete their own products.

Nonetheless, what is encouraging is that the Ethiopian Government acknowledges this and many of the challenges that currently impair the private sector. Through its recently-released Homegrown Economic Plan, it has just released measures aimed at improving the business environment and attracting foreign investment. And through a comprehensive overhaul of its Investment Law, the Government has opened many sectors that, until recently, were beyond reach to non-Ethiopians. For example, foreign investors can now, in partnership with domestic investors, invest in the logistics and transport sectors.

CDC first invested in Ethiopia in 1973, when we acquired tea plantations in the west of the country, but we’ve made pioneering investments in more recent history too. As the country slowly began its economic revolution over a decade ago, at a time when few development finance institutions – let alone private investors – were willing to enter the Ethiopian market, we supported the first private equity funds in Ethiopia. In 2012 we were an anchor investor in Schulze Global Investments (SGI) Ethiopia Growth and Transformation Fund, which backs businesses across a range of sectors. The fund bolsters the growth strategy of the small and medium-sized businesses it invests in, for example by advising management teams, supplementing technical expertise and taking an active role on boards. This type of support is critical to ensure development of the private sector and the economy in the long-term.

For example, one of SGI’s most transformative investments in the country is in Family Milk, a leading dairy processor in Ethiopia. In January 2016, SGI acquired a 45 per cent stake in the business. Earlier this year, Family Milk launched the first Ethiopian-produced UHT milk. In a country with a history of food insecurity challenges, where the milk industry is vulnerable to poor logistics and climate cycles, this product development is significant. The longevity of the product will allow Ethiopians to store milk for longer at a fraction of the price of imported UHT milk available prior to this investment.

As the Ethiopian economy makes room for more active foreign investment participation, we’ve deepened our focus on Ethiopia. Since 2017, we’ve had representation on the ground in Ethiopia, which has expanded our organisation’s profile in the country and is enabling us to develop the relationships and knowhow required to contribute to this promising economic expansion.

Over the past two years we’ve seen an increased number of investment opportunities in the country. We’ve been developing these opportunities and assessing new areas of potential investment, not least the new markets opening as a result of the new Investment Law or the recently-announced privatisations.

CDC’s drive in Ethiopia does not happen in isolation. We work closely with our shareholder, the Department for International Development, to complement the private sector development components of its prominent support programme in Ethiopia. We are also co-piloting an initiative with the International Finance Corporation to bring together more than ten development finance institutions in tackling investment challenges, with a view to create co-investment opportunities in the long-term.

We believe that this is the optimal moment for CDC to cement a unique and developmental presence in the country. We can play a catalytic role in contributing towards the Ethiopian Government’s drive towards private sector growth and, in doing so, contribute to improvements in the standard of living of the country’s inhabitants. 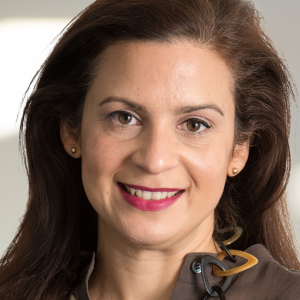